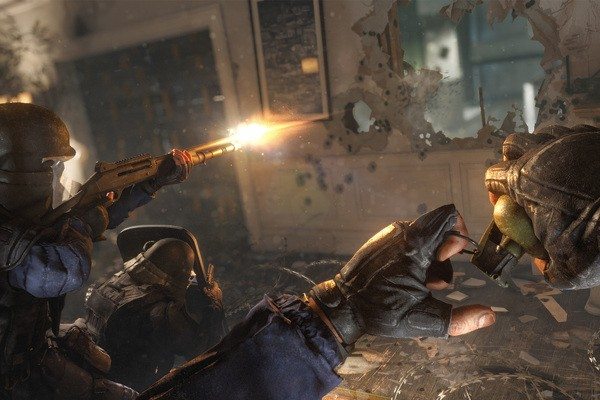 They looked like robots, Chavez saw, peering around a computer-generated corner.The hostages, too, but in this case the hostages were computer-generated children, all girls in red-and-white striped dresses or jumpers–Ding couldn’t decide which. It was clearly a psychological effect programmed into the system by whoever had set up the parameters for the program, called SWAT 6.3.2. Some California-based outfit had first produced this for Delta Force under a DOD contract overseen by RAND Corporation.

It was expensive to use, mainly because of the electronic suit he wore. It was the same weight as the usual black mission suit–lead sheets sewn into the fabric had seen to that–and everything down to the gloves was filled with copper wires and sensors that told the computer– an old Cray YMP– exactly what his body was doing, and in turn projected a computer-generated image into the goggles he wore. Dr. Bellow gave the commentary, playing the roles of bad-guy leader and good-guy advisor in this particular game. Ding turned his head and saw Eddie Price right behind him and Hank Patterson and Steve Lincoln across the way at the other simulated corner–robotic figures with numbers on them to let him know who was who. Chavez pumped his right arm up and down three times, calling for flashbangs, then peered around the corner one more time–
–at his chair, Clark saw the black line appear on the white corner, then hit the 7 key on his computer keyboard–
–bad-guy #4 trained his weapon on the gaggle of schoolgirls– “Steve! Now!” Chavez ordered.

Lincoln pulled the pin on the flash-bang. It was essentially a grenade simulator, heavy in explosive charge to produce noise and magnesium powder for a blinding flash–simulated for the computer program–and designed to blind and disorient through the ear-shattering blast, which was loud enough to upset the inner ear’s mechanism for balance. That sound, though not quite as bad, came through their earphones as well, along with the white-out of their VR goggles. It still made them jump.

The echo hadn’t even started to fade when Chavez dived into the room, weapon up and zeroing in on Terrorist #1, the supposed enemy leader. Here the computer system was faulty, Chavez thought. The European members of his team didn’t shoot the way Americans did. They pushed their weapons forward against the double-looped sling actually extending their H&Ks before firing them. Chavez and the Americans tended to tuck them in close against the shoulder. Ding got his first burst off before his body hit the floor, but the computer system didn’t always score this as a hit–which pissed Dig off greatly. He didn’t ever miss, as a guy named Guttenach had discovered on finding St. Peter in front of him without much in the way of warning. Hitting the floor, Chavez rolled , repeated the burst, and swung the MP-10 for another target. His earphones produced the too-loud report of the shots (SWAT 6.3.2 program for some reason didn’t allow for suppressed weapons). To his right, Steve Lincoln and Hank Patterson were in the room and shooting at the six terrorist. Their short, controlled burst rang in his ears, and in his VR goggles, head exploded into red clouds quite satisfactory– –but bad guy #5 depressed his trigger, not at the rescuers, but rather at the hostages, which started going down until at least three of the Rainbow shooters took him out at once– –“Clear!” Chavez shouted, jumping to his feet and going to the images of the bad guys. One, the computer said, was still residually alive, albeit bleeding from the head. Ding kicked his weapon loose, but by that time #4’s shade had stopped moving.

“Clear!” “Clear!” shouted his team members. “Exercise concluded,” Clark’s voice told them. Ding and his men removed their Virtual Reality goggles to find a room about double the size of a basketball court, and entirely absent of objects, empty as a high-school gym at midnight. It took a little getting used to. The simulation had been of terrorist who’d taken a kids’ school– evidently a girls’ school, for greater psychological effect. 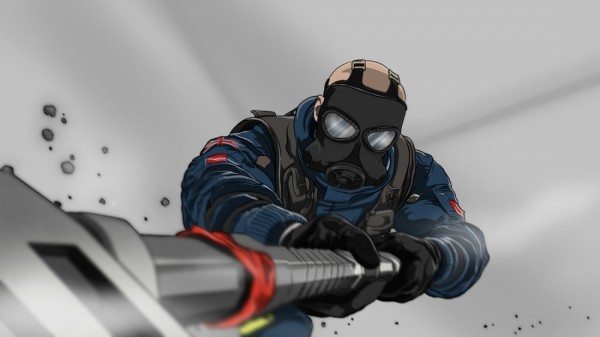 Get the best viral stories straight into your inbox!

Back to Top
Close

Your password reset link appears to be invalid or expired.

To use social login you have to agree with the storage and handling of your data by this website.